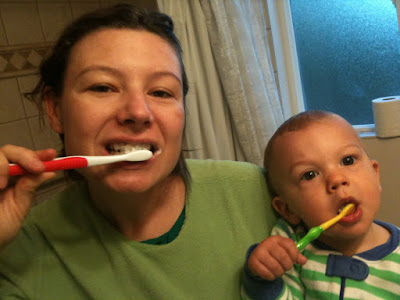 Lately, Oliver's favorite tool has been his toothbrush. He was so excited watching us brush our teeth and grabbing at our brushes that we bought him his own little green one with Elmo & Big Bird on it. However, lately he's been insisting on using one of our old ones, that looks more like the ones we use. It's pretty cute - him walking around "brushing" his teeth all the time. 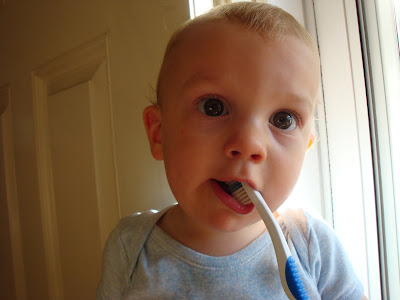 We've also got a mature fig tree in our backyard in Redwood City. It's currently dropping its fruit, and Oliver loves to trot out there, pick up figs off the ground, and devour them. They're yummy - Amanda and I indulge as well. 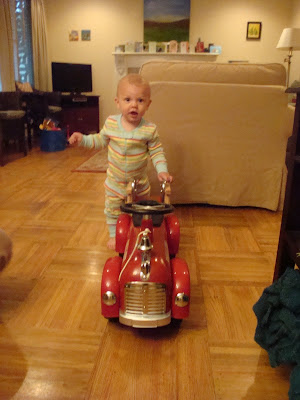 I've uploaded a lot of photos from the past month or so - opening the firetruck birthday present from Great Grandma Althea, playing at a playground (where he finally agreed to leave a hat on his head!), photos of him dancing and eating pizza from a band photographer at a street fair in San Carlos, some silly bathtub photos, even a sneak peek at his Halloween costume. 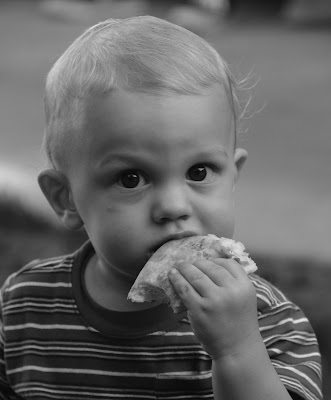 He's a lot of fun to be around these days. He's becoming more intentional with his actions, and is showing more mastery at small tasks. This morning, before Amanda and I went off to work, Oliver stacked 3 blocks in his room. We couldn't be more thrilled.