Oliver spends about 24% of his day making a new sound by sucking his upper lip. We don't know why... 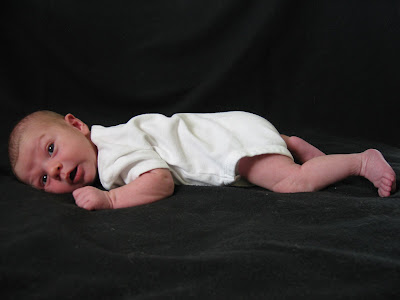 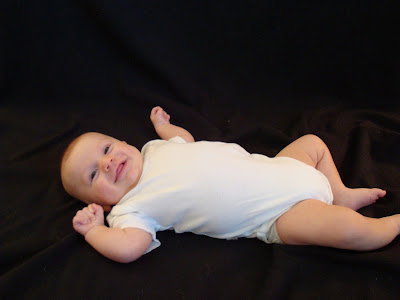 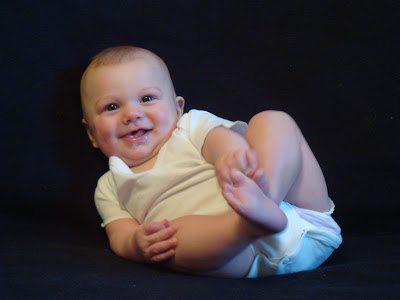 Lately I've been feeling like Oliver is never going to grow up. I wish he would talk and walk and tell me all his likes and dislikes. I think he and I are both frustrated and ready for the next big thing. Sometimes it's hard to see the progress and growth when you are together each day, which is why I've been taking photos of him each month in the same outfit on the same background. Here are the three I've taken so far.

Aside from the obvious changes in these photos, we do have a few notable new things. First, Oliver is starting on solids. He has half milk and half rice cereal, which makes a little soupy white mixture. Oliver is a pro with the spoon and gets the whole eating thing no problem. Also we are (finally) cutting back on the ridiculous spitting up episodes. He's a 1-2 outfit man, not a twelve outfit man these days. Also he's able to hold his own in a high chair, johnny jumper or exersaucer.
Posted by Amanda Linden at 5:35 PM No comments: