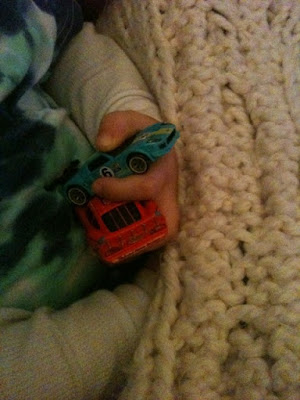 Oliver is insane for cars these days. He will line them up, roll them around, and carry them with him. He's always got at least two in one hand, clutched between a couple of fingers. Even in bed. Oliver's vocabulary is expanding and he's able to put together simple sentences. Some common one's are:

He used to say "aye" instead of "yes", but is now very clearly saying "yes". He's pretty close to knowing all his letters and numbers, and is able to count to ten easily. He can pick find his name tag from the set at preschool, so he is able to recognize the letters in his name.

Oliver is looking to be right handed. He's doing a lot of painting and drawing. His favorite is finger paints, which often turn into body paints or foot paints.
Posted by Amanda Linden at 7:48 PM No comments: 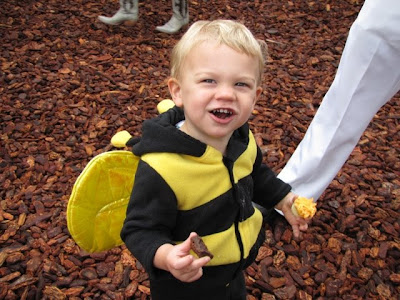 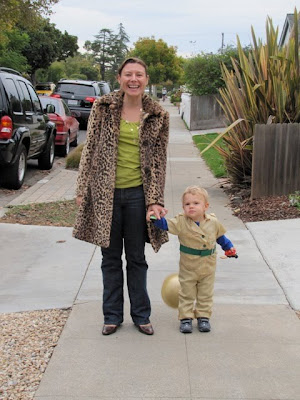 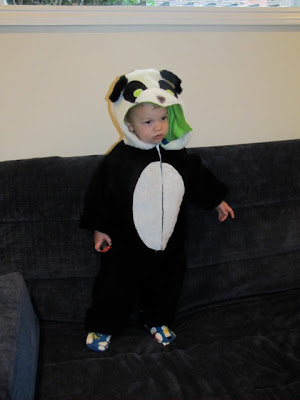 Posted by Amanda Linden at 11:11 PM No comments: